UCF beat out 119 other teams that represented 105 universities from 33 states and the District of Columbia to earn its second top title at competition.
By: UCF News | November 18, 2021

The Collegiate Cybersecurity Competition Team at UCF has won the 2021 U.S. Department of Energy CyberForce Competition, a challenge that pits collegiate teams from the across the country against each other as they thwart a simulated cyberattack.

This is the second time UCF has won the competition. This year, UCF beat out 119 other teams that represented 105 universities from 33 states and the District of Columbia.

This was the seventh CyberForce Competition hosted by the Department of Energy. Held virtually on Nov. 13, teams were challenged to harden and secure systems of a hydropower company — along with the systems of a subsidiary company – against a malicious cyberattack, all while maintaining service for customers, according to the Department of Energy.

“This large, high-profile cyber competition is unique from other competitions in that it requires student teams to build, secure and defend a complex network comprised of systems and devices used by oil pipeline and drilling companies, electric companies, water treatment plants and others,” says Tom Nedorost, the team’s coach and faculty advisor for the student cybersecurity club, Hack@UCF. 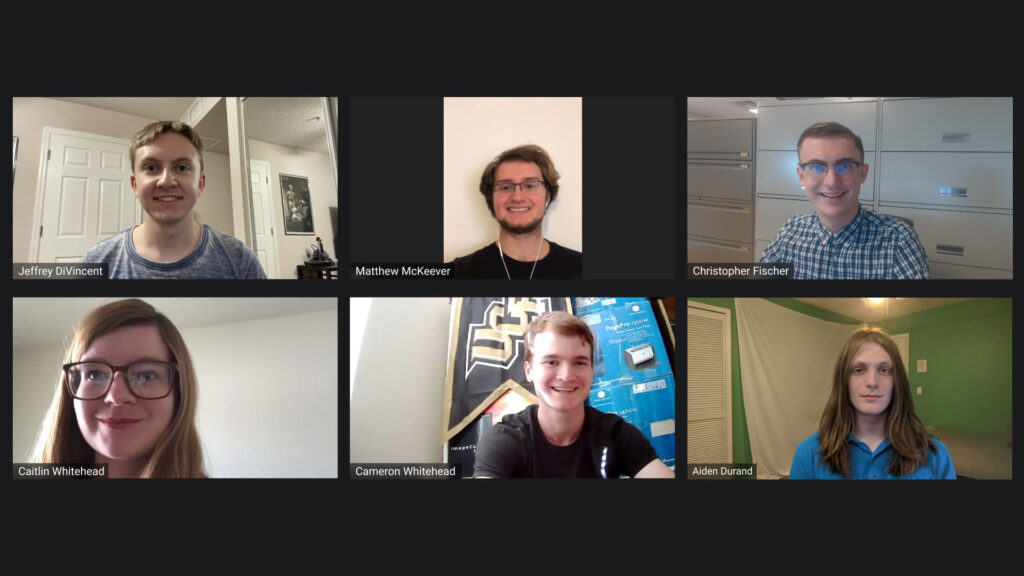 “We worked very hard to ensure we were ready for the competition and that we’d be confident of our success,” says DiVincent. “Now being on the other end of the competition, it’s clear the hard work we put in paid off.”

UCF’s student cybersecurity teams regularly compete at the national level. This is the fifth time UCF has competed in the CyberForce Competition, earning first or second place each time. UCF also secured first place four out of the last seven years at the National Collegiate Cyber Defense Competition sponsored by Raytheon, and a spot among the top-three teams at the Collegiate Penetration Testing Competition, sponsored by IBM, in 2016, 2017 and 2018.

Competitions like these give students real-world training in safeguarding the nation’s critical infrastructure from cyberattacks that are growing more frequent and damaging. To help meet the demand for cybersecurity professionals now and in the future, UCF launched a new master’s degree in cyber security and privacy this semester.