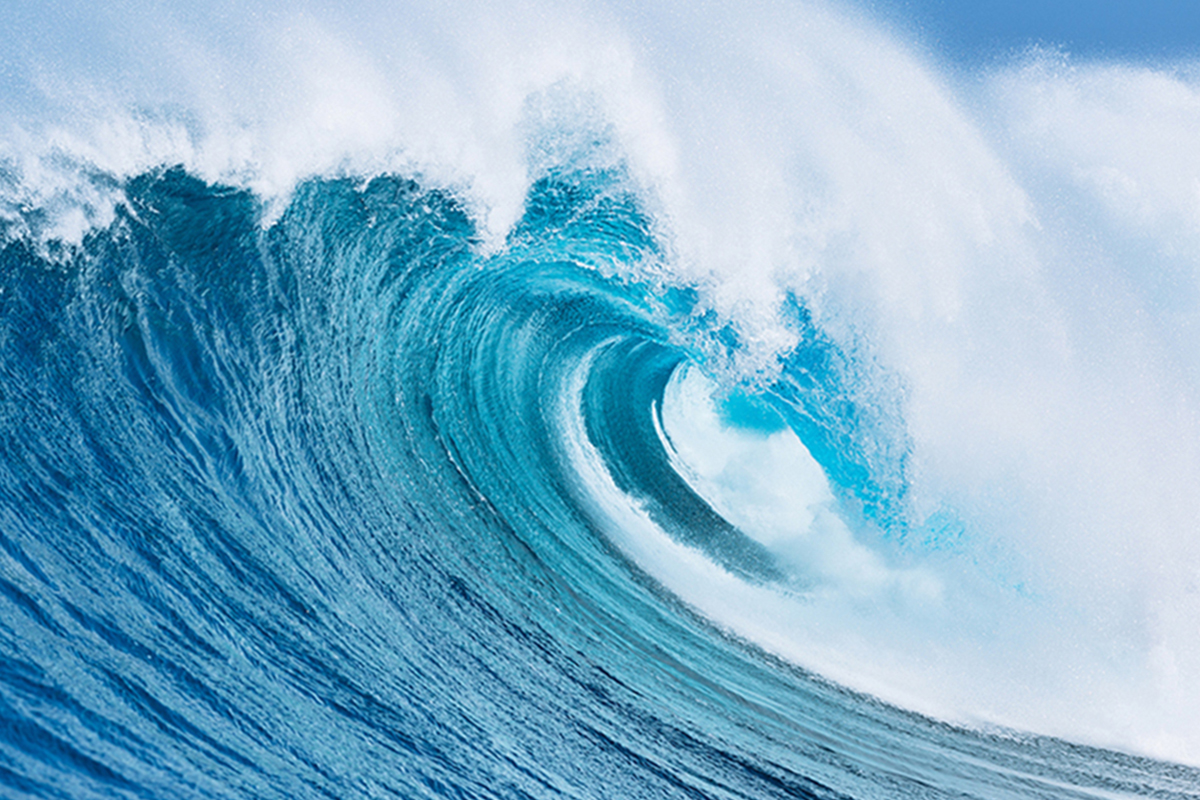 Hydrogen fuel derived from the sea could be an abundant and sustainable alternative to fossil fuels, but the potential power source has been limited by technical challenges, including how to practically harvest it.

Researchers at the University of Central Florida have designed for the first time a nanoscale material that can efficiently split seawater into oxygen and a clean energy fuel — hydrogen. The process of splitting water into hydrogen and oxygen is known as electrolysis and effectively doing it has been a challenge until now.

The stable, and long-lasting nanoscale material to catalyze the reaction, which the UCF team developed, is explained this month in the journal Advanced Materials.

Hydrogen is a form of renewable energy that—if made cheaper and easier to produce—can have a major role in combating climate change, according to the U.S. Department of Energy.

Hydrogen could be converted into electricity to use in fuel cell technology that generates water as product and makes an overall sustainable energy cycle, Yang says.

The researchers developed a thin-film material with nanostructures on the surface made of nickel selenide with added, or “doped,” iron and phosphor. This combination offers the high performance and stability that are needed for industrial-scale electrolysis but that has been difficult to achieve because of issues, such as competing reactions, within the system that threaten efficiency.

The new material balances the competing reactions in a way that is low-cost and high-performance, Yang says.

Using their design, the researchers achieved high efficiency and long-term stability for more than 200 hours.

“The seawater electrolysis performance achieved by the dual-doped film far surpasses those of the most recently reported, state-of-the-art electrolysis catalysts and meets the demanding requirements needed for practical application in the industries,” Yang says.

The researcher says the team will work to continue to improve the electrical efficiency of the materials they’ve developed. They are also looking for opportunities and funding to accelerate and help commercialize the work.

More About the Team

Yang holds joint appointments in UCF’s NanoScience Technology Center and the Department of Materials Science and Engineering, which is part of the university’s College of Engineering and Computer Science. He is a member of UCF’s Renewable Energy and Chemical Transformation (REACT) Cluster. He also holds a secondary joint-appointment in UCF’s Department of Chemistry. Before joining UCF in 2015, he was a postdoctoral fellow at Rice University and an Alexander von Humboldt Fellow at the University of Erlangen-Nuremberg in Germany. He received his doctorate in materials science from Tsinghua University in China.