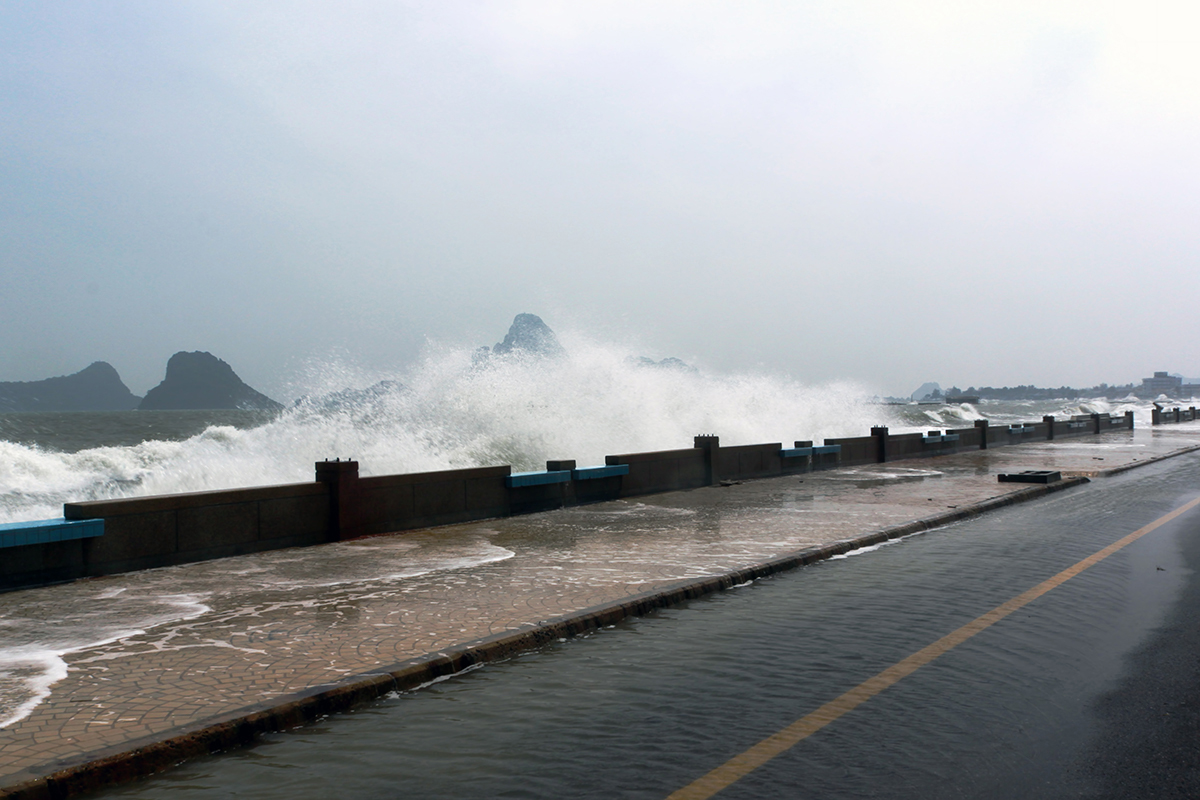 Storm surges can be deadly coastal hazards but the current historical tide gauge data that is needed to better understand them, and perhaps predict their impacts, doesn’t go far back enough in time.

That’s why University of Central Florida researchers are working to reconstruct the missing data and compile the information in a newly created online Database of Global Storm Surge Reconstructions, or GSSR. The work is detailed in a recent study in Nature Scientific Data.

The new information will improve the ability of scientists to perform storm surge flood risk assessments under present-day climate conditions.

To create the database, the researchers used statistical methods and machine learning tools to understand the relationship between atmospheric and oceanic variables — such as sea surface temperature, wind speed, sea level pressure, and precipitation — and storm surges. They then used this understanding to infer missing storm surge information for periods when there were atmospheric variables but no tide gauge data.

“We need to understand how climate change and variability affected storm surges in the past because this will be an important guide for the future,” says Thomas Wahl, an assistant professor in UCF’s Department of Civil, Environmental and Construction Engineering and study co-author. “And in order to do that we need relatively long tide gauge records, which we don’t have in most places.”

For instance, some global tide gauge locations only had five years of observational data, which prevented researchers from calculating, for example, a 100-year storm surge water level with a 1% chance of occurrence in any given year, the researcher says.

“But with our database we can now do that robustly,” Wahl says.

The researchers also visualized the data by creating an online map that displays 802 tide gauges from around the world and all relevant data corresponding to each tide gauge covering the entire 1900s and most of the 1800s. Users can click on the tide gauge and download multiple daily maximum surge datasets.

Michael Getachew Tadesse, a doctoral student in UCF’s civil engineering program, was the study’s lead author. He worked to optimize and increase the efficiency of the data-driven models that were used to reconstruct the surge data.

“With the continuous development of machine learning tools and availability of computational resources, the GSSR database can be expanded to include even more locations and longer records in the near future,” Tadesse says. “We are looking forward to the versatile application of the database — which includes, but is not limited to, assessing past changes in storm surges, using the data for extreme value analysis for insurance companies and other stakeholders, or even as an educational resource to teach students and communities about the impacts of climate change.”

The research was funded by a New (Early Career) Investigator Award that Wahl received from NASA.

Wahl earned his doctorate in civil engineering from the University of Siegen, Germany, and joined UCF’s Department of Civil, Environmental and Construction Engineering, part of UCF’s College of Engineering and Computer Science, in 2017. He is also a member of UCF’s National Center for Integrated Coastal Research and Sustainable Coastal Systems faculty cluster.