To understand a university’s role in shaping the future of the world, a closer look at the 16 University of Central Florida alumni who were recently honored by the College of Engineering and Computer Science is a good start.

Industry leaders, entrepreneurs, scientists – and a retired NASA astronaut-turned-artist – were honored Oct. 14 for their career achievements in industries as diverse as construction and semiconductors.

The honorees accepted their awards at the Dr. Phillips Center for the Performing Arts in downtown Orlando in front of a sold-out room of faculty, friends, family and staff.

UCF President Alexander Cartwright delivered a keynote address and participated in a fireside conversation with Riordan and Stott. Stott emphasized how students can shape solutions to the biggest challenges facing society, such as energy and water, and to remember that everything they do at UCF is about being part of a solution.

“Ultimately everything we’re doing in space is about improving life on Earth,” Stott said. “You have to go into every problem you’re faced with believing there’s a solution to it.”

Riordan’s advice to students mirrored what he learned at UCF from his professor and mentor who shaped his career. “Whatever you’re doing at the current time, do your absolute best on it. Sooner or later, someone will notice you and they will help you.”

Among the alumni honored was Taylor Lochrane ’08 19’ 09MS ’14PhD, deputy director and chief scientist for the U.S. Department of Transportation’s Office of the Assistant Secretary for Research and Technology. His leadership in shaping the future of transportation safety is why he received the Distinguished Alumnus Award for UCF’s Department of Civil, Environmental and Construction Engineering.

“I’ve seen a lot of the past award recipients, and UCF has produced some of the most brilliant people in our community,” Lochrane said. “I hope it’s a reflection of what opportunities UCF can open up for engineers. To be part of this recognition is the biggest honor in my career.”

The 16 honorees, by award and department: 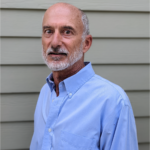 that specializes in enhanced performance, power and security for computer processors. He is also a partner at the Orlando-based venture capital firm Deepwork Capital. His career includes working as a design engineer for Intel and in several research, development and executive roles for technology startups. To support UCF philanthropically, Riordan established the Thomas J. Riordan and Herbert C. Towle Endowed Professorship Fund to honor the memory of Towle, his UCF professor and mentor. He holds bachelor’s and master’s degrees in electrical engineering; and a bachelor’s degree in pre-law studies. 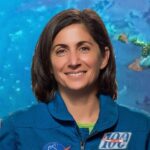 included living on the International Space Station as a NASA astronaut. She began her career in 1987 as a structural design engineer with Pratt and Whitney Government Engines. In 1988, Stott joined NASA’s Kennedy Space Center as an operations engineer in the Orbiter Processing Facility. She held a variety of positions within NASA Shuttle Processing, including shuttle flow director for Endeavour, orbiter project engineer for Columbia and NASA convoy commander for shuttle landings. Now a published author and artist, Stott combines her space experience with her passion for art to inspire creative thinking about solutions to planetary challenges. Her UCF master’s degree is in engineering management. 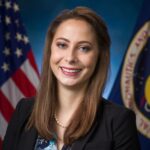 Kadi Gashlin ’19, lead design engineer, Axiom Space, was honored by UCF in 2021 as a 30 Under 30 Honoree. At Axiom, she is working as a water recovery design engineer to create a system that will provide water through recycled sources to astronauts on the first commercial space station. Previously she worked at NASA’s Johnson Space Center as an ETHOS flight controller for mission control, providing life support capabilities to the astronauts on the International Space Station. She holds a bachelor’s degree in aerospace engineering. 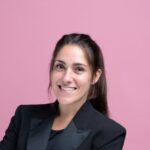 Brianna LaBarge ’13 is a senior operational excellence engineer for ASML, a semiconductor company in San Diego, Calif. She works on projects to improve manufacturing efficiency, material shortages and capacity issues. Previously she was a senior process engineer for Nike Air Manufacturing Innovation in Oregon, where she received the Society of Manufacturing 30 Under 30 Award. Prior to Nike, she worked as an advanced manufacturing engineer for Honeywell Aerospace. She is an active member of the Society of Women Engineers and in 2021 received the organization’s New Emerging Leader in Technology and Engineering Award. She holds a bachelor’s degree in aerospace engineering. 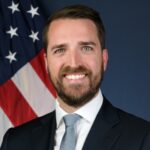 Taylor Lochrane ’08 19’ 09MS ’14PhD is the deputy director and chief scientist for the U.S. Department of Transportation’s Office of the Assistant Secretary for Research and Technology. Specifically, he works for the Highly Automated Systems Safety Center of Excellence (HASS COE), an office created by Congress in 2020 with a vision to be a national resource for expertise, research and global leadership in advancing the safe deployment of automation in transportation. Lochrane leads a team of national experts aimed to support the U.S. Department of Transportation in reviewing, assessing and validating highly automated systems for safety. 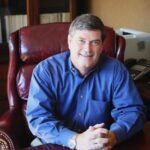 Tim Smith ’98 is the president of Wharton-Smith Inc., a Sanford, Florida-based construction company where he has worked for 35 years in increasingly responsible roles: cleaning crew, field engineer, estimator, project engineer, project manager, project executive, quality control director and vice president and now president. In each of these roles, he has advanced the company’s goal of being the “Construction Group of Choice.” As president, he oversees the administration and management of corporate operations while providing guidance to the company’s executive management team. In addition to his civil engineering degree from UCF, he holds a bachelor’s degree in finance from Auburn University. 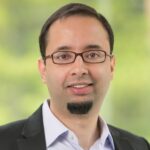 Omar Javed ’05PhD is vice president of applied science and Twitch, a subsidiary of Amazon. He founded and leads the company’s Personalization-ML organization, which works on recommendation systems, content relevance and retrieval, and machine-learning infrastructure. Previously Javed was the chief scientist at ClipMine Inc., where he led a team on large-scale video analysis. Javed’s career research includes serving as principal investigator for projects funded by DARPA, Office of Naval Research and the Air Force Research Laboratories. Javed received the Hillman Fellowship for Excellence in Computer Science Research, and his work has been featured in various technology industry media. 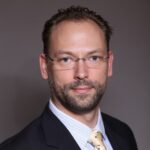 Steve Leonard ’04 is an NG Fellow for Northrop Grumman Corporation, serving as a business area chief engineer in the Mission Systems Sector. His expertise includes architecting, designing, developing and facilitating innovative large-scale software products that address customer business questions and needs. Leonard has engineered enterprise-level high volume, variety and velocity (V3) content and metadata repositories; mission-critical applications; and mobile-computing platforms. He serves as a mentor to early-career professionals through senior-technical staff across Northrop Grumman and works on leadership development programs in the company. He holds a UCF bachelor’s degree in computer science, as well as a master’s degree from Florida Institute of Technology.

Department of Electrical and Computer Engineering 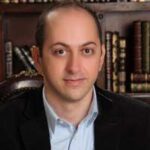 Osama Abdel-Rahman ’05MS 19’ 07PhD is the principal application engineer for Infineon Technologies, one of the largest power semiconductor manufacturers in the world. He leads the development of the application roadmap of servers/data center SMPS and renewable applications. He joined Infineon in 2011 after working for Intel. He was also an adjunct professor at UCF. Abdel-Rahman’s expertise focuses on system architecture, topologies and control. He has four U.S. patents and has published more than 20 IEEE papers. He holds a bachelor’s degree in electronics engineering from Princess Sumaya University for Technology in Jordan, and master’s and doctoral degrees in power electronics from UCF. 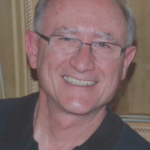 Samuel M. Richie ’80 ’83MS ’89PhD, associate professor emeritus at UCF, has served on the ECE department faculty for 40+ years, during which he has developed and enhanced undergraduate and graduate course materials and laboratory experiments. Over the past 30 years, he has supported the ECE Senior Design course and faculty. Richie has garnered industry and government support for senior design projects with a goal to widen the door of opportunities for students. He has been actively involved with engineering student organizations, and has served as faculty advisor to many. In 1995, he was awarded the IEEE Orlando Section Outstanding Engineer Educator Award, and has been recognized by students as 1992-93 Professor of the Year award by Tau Beta Pi. 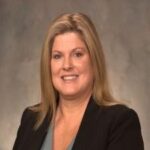 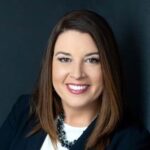 Christal LaVecchia ’01 ’03MS is vice president and chief engineer for Lockheed Martin’s training and logistics solutions line of business within the rotary and mission systems business area. She oversees the technical execution, products and people who support the company’s mission readiness and sustainment programs worldwide. Previously she was the director and chief engineer for RMS F-35 training and logistics and was responsible for the engineering leadership of the F-35 training systems portfolio. LaVecchia has served in a variety of key roles defining business strategy and working across business units. Her master’s concentration was engineering management, focusing on business strategies and change management.

Department of Mechanical and Aerospace Engineering 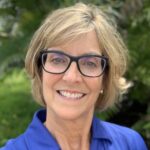 Jennifer Lyons ’92MS is deputy manager for the Gateway Program’s deep space logistics at NASA’s Kennedy Space Center. Lyons was acting manager for DSL from 2021 to 2022. As deputy manager, Lyons leads the integration of commercial logistics missions to the Gateway –a unique, orbiting outpost around the moon that will support NASA’s Artemis missions to the lunar surface, and the Moon to Mars exploration initiatives. She oversees the design, development, test and evaluation of the commercial spacecraft, launch vehicles and integration services. She led the source evaluation board for the Gateway Logistics Services contract. Lyons joined NASA and the Kennedy Space Center in 1988 as an operations engineer after working for Grumman Aerospace. 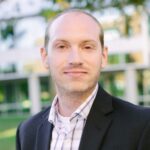 John Sparkman ’13, ’15MS is associate director and vice president at Limbitless Solutions, Inc., a world-acclaimed organization he co-founded at UCF as a student in 2016. Limbitless Solutions develops bionic arms for children at no cost to their families, and enhanced technology for the disabled community. In his role, Sparkman directs the workflow of everyday operations and determines the direction of the electrical and mechanical designs for the prostheses pre-production. He has advised numerous Senior Design teams for the college. His academic background focused on composites, 4D printing and nanomaterials, but the majority of his career work has been in mechatronics and machinery design, bio-engineering and electromyographic control. Prior to UCF and Limbitless, he worked as a flight test engineer at NAVAIR, where he analyzed dynamic and structural integrity of machinery.

Department of Materials Science and Engineering 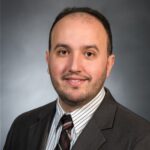 Othmane Benafan ’08 ’09’MS ’12PhD is a materials research engineer for NASA Glenn Research Center. He leads a team of scientists and engineers to design functional materials for use in lightweight actuators and morphing structures. His research has focused on fit-for-purpose shape memory alloy synthesis and processing; and experimental mechanics of solid-state phase transformations to construct process-structure-property roadmaps for these alloys. He has published 100+ peer-reviewed journal articles and conference proceedings and holds five issued patents. He is an editorial board member of Shape Memory and Superelasticity journal and is an internship mentor for UCF students. His career awards include NASA Abe Silverman Medal, Presidential Early Career Award for Scientists and Engineers, the R&D 100 Award, and wa recently named ASM International Fellow. 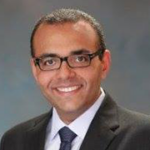 Sam Salama ’03PhD is the chief executive officer for Hyperion Technologies, a U.S.-based microelectronic systems manufacturer. Prior to this role, his career as a technology and business executive spanned two decades in the semiconductor industry. Prior to joining Hyperion in 2022, Salama was vice president and general manager for Intel Corporation, overseeing manufacturing, operation and supply chain for packaging and high-density interconnect substrates – a $3.5 billion annual business. Salama is a board member at several photonics and advanced manufacturing companies and educational institutes. Salama has published more than 30 technical articles, book chapters and industry reviews. As a creative expert and influential leader, he is a frequent keynote speaker at multiple international forums and organizations. He enjoys mentoring youth, and promoting education, economic awareness, social justice and prosperity through manufacturing.