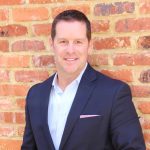 Kevin S. Cochie is Vice President and General Manager of Erickson Inc.’s Defense and National Security business unit. He is responsible for leading and managing sales, operations and growth of Erickson’s defense maintenance, repair, and overhaul of DoD aircraft, as well as its global defense aerial operations business

Previously, he served as Vice President of Washington Operations and Special Programs at Nammo Inc., the U.S. legal entity of Nammo AS, a global leader of advanced ammunition and energetics products.

His career spans over two decades in public and private roles in the defense industry. Leveraging his expertise in Department of Defense acquisition and procurement, systems engineering, and political and government affairs, he has effectively advanced material acquisition programs forward through executive leadership and strategy development and execution.

He holds a B.S. in Design Engineering and an M.S. in Industrial Engineering from the University of Central Florida, and an MBA from Georgetown’s McDonough School of Business.

He also serves on the board of the Army Aviation Association of America (AAAA), serves as their representative to the Military Coalition and authors AAAA magazine’s monthly article on updates to Washington politics as it relates to the Army Aviation enterprise.