Two Spring 2022 graduates of the University of Central Florida’s College of Engineering and Computer Science were honored as recipients of milestone doctoral and master’s degrees.

The milestone degrees were conferred at UCF’s spring commencement ceremony on May 7 that recognized the graduation of 50 doctoral students, 236 master’s students, and approximately 1,000 undergraduate students.

The two honorees were selected from faculty nominations submitted to the college’s Office of Graduate Affairs.

“Celebrating these degree milestones by honoring two exemplary alumni illustrates the quality and magnitude of impact that the University of Central Florida has in producing top engineering and computer science talent for the nation,” says Ali Gordon, Ph.D.,  associate dean for Graduate Affairs, College of Engineering and Computer Science.

Master’s and doctoral degrees in engineering and computer science often propel recipients to leadership positions in industry or academia. Many master’s-level students perform important research at UCF, and for many, earning a master’s degree is the next step towards a doctoral degree. UCF’s doctoral candidates play a critical role on faculty-led research teams that work to solve societal challenges. 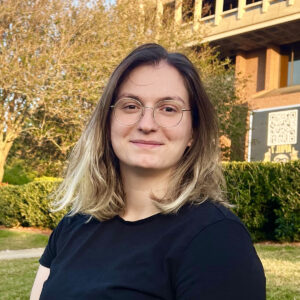 During her doctoral studies, Meteriz worked with David Mohaisen, Ph.D., an associate professor in UCF’s Department of Computer Science, on security and privacy issues of wearable technologies, such as smart watches, head-mounted displays and fitness trackers.

“Ulku contributed some fundamental results to the broad security and privacy community, and the society as a whole, by helping answer important yet intuitive questions about the vulnerability of wearable technologies,” says Mohaisen. “Her work included devising defenses that would make those essential technologies safer to use.”

“My Ph.D. journey at UCF was one of the hardest yet the most rewarding academic challenges I have ever faced,” Meteriz says. “My research focus was applied machine learning on security and privacy of wearable devices. We were able to shed light to the underestimated privacy problems encountered with rapidly emerging technologies with the help of state-of-the-art machine learning approaches.”

“I am really glad for the opportunities UCF provided, and I am content with my overall Ph.D. experience. I would like to thank my advisor who always supported me and my ideas,” says Meteriz, who plans to work as a research scientist for Meta this summer. 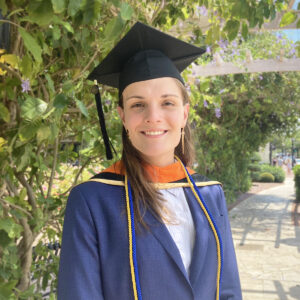 Miranda focused their industrial engineering studies in artificial intelligence to improve understanding of human cooperation through computational modeling, specifically working on artificial intent recognition and the dynamics of common dilemmas through ideas and methods developed at UCF.

As a member of an inaugural cohort of researchers in the Human-Centered Artificial Intelligence Research Laboratory, Miranda performed AI research that has broad applications ranging from improving social robots to informing environmental policy.

“Lux’s commitment to excellence manifested itself in their work and accomplishments. Working together has been a rewarding experience. I believe that Lux will continue to grow and excel in academia,” Garibay says.

As a student, Miranda also volunteered for the Inverse Generative Social Science 2021 workshop, which opened additional doors of opportunity.

“It was a wonderful experience to network with other scholars in my field and learn about what they were doing,” Miranda says. “It led me to secure an invited publication with the Journal of Artificial Societies and Social Sciences and an AI-focused summer research fellowship.”

Miranda will pursue a doctoral degree in computer science at Uppsala University in Sweden this fall, and credits UCF for a positive experience.

“I’ll always will always fondly remember the coffee shop pastries, afternoon walks through the arboretum, camaraderie at the sports bar, and the beautiful commencement at the arena.”