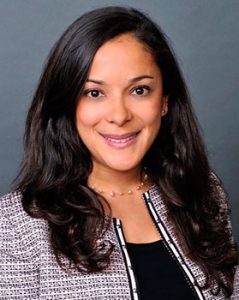 Angela M. Alban, President and CEO of SIMETRI, started SIMETRI in 2009. Ms. Alban has extensive experience in a wide range of disciplines (engineering, design and production, business development, sales, marketing and management), enabling her to target the essence of a problem, and allowing her to offer clients and colleagues creative, innovative and practical solutions.

Angela began her career as an engineer after she graduated from Emory University with a Bachelor of Science degree in Mathematics and Computer Science. She completed her Master of Science degree in Computer Engineering from the University of Central Florida while working professionally in the Modeling and Simulation industry. Angela also completed the Defense Systems Management College Advanced Program Manager’s Course in 2000 to bolster her 19 years of experience in the Simulation and Training Industry.

Angela’s career is founded on solid engineering experience, and includes research and development, system design and development, production, and fielding. In 2004, she was appointed as the Vice President and Chief Operating Officer at Indra Systems, Inc., where she learned to run a foreign-owned subsidiary. After growing Indra’s presence in the United States, she decided to pursue a similar growth and development opportunity while overseeing the operations of a small entrepreneurial firm. As the President and CEO of SIMETRI, Angela pursues her aspirations of growing a small technology firm from the ground up. SIMETRI is a woman-and-minority owned small business that is process driven, customer focused, and committed to results.

In addition to collaborating with her colleagues, she also works on a regular basis with consultants, government contractors, local, state, and federal government officials, foreign dignitaries, and international diplomats. Angela also gives of her time to many local commitments. She is the Chair of the National Center for Simulation Board of Directors, the Charter School Board Chair for United Cerebral Palsy of Central Florida, and a member of the Orlando INC Board of Directors. Concurrent with her professional endeavors, Angela devotes much of her time to her children, Isabella and Marco, her parents, and cycling.